Why is the color of many cartoon characters is yellow?
There are some cartoon images designed to be yellow is the result of deliberately selected by the author. One of the reasons is that they want to create their own cartoon image is more able to attract people’s attention … …

Close your eyes free to fill some of your most familiar cartoon image, or recall the convenience store those who sprout foul, you impulse to buy the cartoon shape packaging, is not quite a large part of the yellow color?

The creation of cartoon characters can be carried out in unrestrained manner, do not rigidly adhere to the real life of human skin color and animal color, then why so many creators to choose yellow? 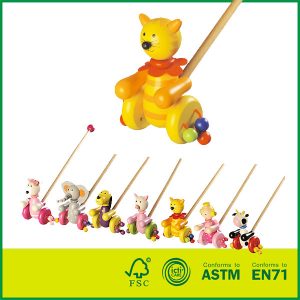 ChannelFrederator is a video production company in the United States, focusing on the field of animation. They answered the question in a video.

There are some cartoon characters that are yellow just because of coincidence. For example, the small yellow people are imitated in the hairy odd eggs inside the yellow eggshell, and the author of the pomegranate bear the bear painted yellow, is from his son at home to play the yellow teddy bear doll get inspiration.

But there are some cartoon images designed to be yellow is the result of the author’s deliberate selection. One reason is that they want to create their own cartoon image is more able to attract people’s attention.

“Yellow is more noticeable” This can be explained from the perspective of color theory and color psychology.

A more well known reason is that yellow is really more conspicuous because its wavelength is more easily recognized by the human eye. Such as warning signs usually use fluorescent yellow, the taxi on the road there are a lot of yellow.

In addition, the cartoon image is designed to be yellow, but also and “contrasting color” this concept. In general, we feel that yellow and purple are contrasting colors, because the three primary colors on art (RYB mode) are red, yellow and blue, and the hue and yellow can be recognized by the human eye. The strongest. But in the TV on the fluorescent screen (RGB mode), the three primary colors are red, green, blue, yellow contrast color into blue. Taking into account the background of the cartoon often appear in the sky and the sea is blue, cartoon characters with yellow will be more easily visible by the human eye.

Cartoon “Simpsons” in the character image is a typical case. The creative team wants the Simpsons to be seen on television at once, even if people are quick to talk (and not just look at it and forget). Over the same period the other characters to the prototype of the cartoon image may be more close to the color of white skin, such as peach-like light pink. Simpson in the same period in the animation stand out, there are some reasons for this.

In addition, from the perspective of color culture, yellow also represents the sun, lively, warm image. For example, “fickle color: color small history” This book mentions that after entering the modern yellow symbolic meaning changes, such as Van Gogh on the yellow mass to use to show a warm, Tour de France race team with yellow on behalf of the energy.

keyword: wooden toy for kids A natural choice Built to last and lovely to handle, wooden toys not only have an old-fashioned charm, they can also take many an unintentional knock! Choose from cars, racers, play sets or train sets wooden toy for kids Doll Bunk Beds with Ladder Hot... read more

Our toys Enhance senses, they are Gentle to the touch, they catch your Eyesight with Organic colours and they smell of Wooden. With Woodenen blocks you can conjure the most Incredible Structures. Independence in Generation stimulates inventiveness, awakes imagination. Natural blocks 100 pieces packed in a thick... read more

dolls’ Homes & Pieces of furniture Great for Building Little Planet Perform Abilities, a dolls’ Home is a toy that will Develop with your Tiny 1. Our Variety of Fabulous hand painted dolls’ Homes Consists of the Most effective-Providing Rosebud Dolls’ House, which is Component of the... read more

Exercise baby balance force – Hongen children wooden balance bike Balancing force with each person’s life, from the baby to learn to walk to the athletes to complete the difficult moves are based on the balance of power. Scientific proof that the balance of power... read more

Green Forest Wooden Products Factory is a wooden toy factory integrating development, production and sales. It was established in 2000 and the factory is located in Zhejiang Yunhe, which has a unique geographical location and convenient transportation environment. Green Forest  Wooden Toys Factory is a... read more

Nest the Prevents, Construct a tower, and ConAspectr Form-sorting Enjoyment to new heights! These multi-Enjoymentctional Prevents have A Tiny something new to explore on Each Aspect: A Loved Kinds of faces, Squirrel away-Via tops, Form- sorter Aspects, and a College of sea creatures Provide Plenty to... read more